CHANGING THE COURSE OF RIVERS IN YELLOWSTONE

A century ago, wolves were not charismatic attractions for visitors to the park. They were perceived as a threat to the park and over time slowly removed from the protected from human-caused mortalities. Since their introduction to Yellowstone the park has experienced significant changes. The grazing habits of the deer and elk changed and as a result, the course of the rivers changed, as well. In 1973, the US Fish and Wildlife Service listed the northern Rocky Mountain wolf as an endangered species annually, from every corner of the globe and designated Greater Yellowstone as one of three recovery areas.

Yellowstone National Park, the first National Park in the world, is home to a myriad of species, as well as to pristine Rocky Mountain wilderness and home to many rivers. The park helps ensure the species’ long-term viability in Greater Yellowstone and has provided a place for eco-system research. The introduction of the grey wolf had a profound and positive effect on the course of the rivers. The elk and deer moved out of the overgrazed meadows which meant less elk eating. Tree growth quadrupled and the course of the rivers returned to their original state.

THE POSITIVE EFFECTS WOLVES HAVE HAD ON THE YELLOWSTONE HABITAT

And indeed it’s truly good news. The wolves altered elk behavior and moved them out of fertile valleys and into more sheltered areas, which allowed the willow and aspen trees along the rivers to grow taller. Fewer elk (and more skittish ones among the remaining population) increased the number of berries, which has been good for bears. It has meant more food for rabbits and mice, which has meant more hawks and eagles. More beavers have been able to eat the healthier trees, and their dams provide habitats for many animals. The dams and the trees’ deeper roots have made Yellowstone’s rivers healthier and swifter. Ecologists call this kind of large-scale change a trophic cascade. Scientists appreciate it because it may be able to predict the impact of a single species on the health of the whole. The number of visits has increased along with spending, available jobs and overall income, however, nothing about Yellowstone’s wolves is simple, politically or scientifically. 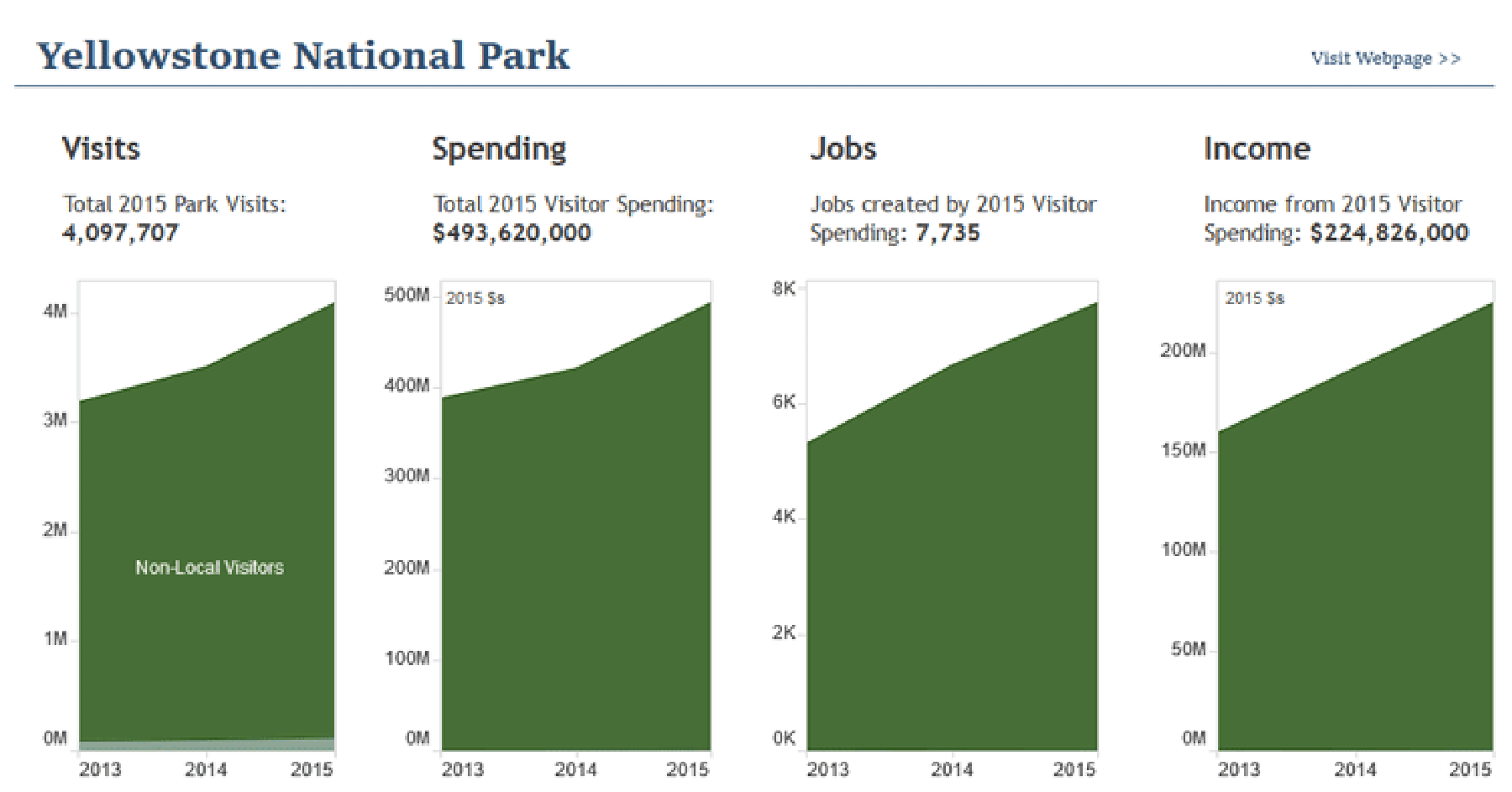